Recently, I wrote about better ways to network, based on a survey I conducted of almost 3,400 people around the world. In the survey, I asked participants what they thought the top characteristics of a great networker were. However, knowing what not to do can sometimes be as important as knowing what to do in developing a skill. In this article, I will walk you through the five least important skills needed to be a great networker, according to the respondents of this survey.

Over the last 30 years, I’ve found that most people assume that being an extrovert is an advantage in networking. But let’s take a good look at the bottom five characteristics. Four out of the five least important skills to be a great networker had something to do with being outspoken or bold -- characteristics more aligned with an extrovert than an introvert.

Based on the survey, the fifth least important skill for networking was being fearless. Extroverts tend to be more fearless and confident, but when it came to identifying the skills of a great networker, this was not very important to an overwhelming majority of people.

Asking for the sale.


The fourth least important skill was asking for the sale. Extroverts almost always ask for the sale quicker than an introvert does. Yet, this is a skill that most people think is not very important in order to be a great networker.

The third least important skill was being a self-promoter. This particular result seems completely counter-intuitive at first. How can self-promotion not be an important skill for great networkers? Well, the answer to that is easy. In order for networking to be effective, it has to be about the relationship, not the transaction. Many, many people get this one wrong. I think it is the single biggest reason why some people hate networking. They go to a networking event and have one person after another try to sell to them. Very few introverts can be called self-promoters, so this is one more example where being an introvert may not hurt your chances to network well.

The second least important skill was directness. This is an interesting one because being direct in your business dealings is often considered to be an attribute. However, when it comes to networking, it seems to be viewed more as pushy, which is clearly not a strength in building relationships. Again, extroverts are more inclined to come across as direct than introverts are.

The least important characteristic of a great networker, based on this survey, was in many ways very surprising. It was an attribute that could easily apply to both introverts and extroverts. It was being social media savvy. I included this in the survey because I have found that many people think that networking online is pretty much all they need to do to network effectively. I believe that online networking has great value, but it does not replace face-to-face networking. However, even I was surprised that it ranked dead last by 3,400 business people all around the world.

After viewing this data, I thought surely, millennials would rank this characteristic much higher. So, I compared the survey responses of people under 30 to this result. I discovered that there was in fact, a difference. The under 30 crowd ranked this characteristic second to last! Seriously, second to the last. Even millennials understand that social media skills are not an indicator of great networking ability.

So, if you want to be a great networker, understand the essentials of better networking as well as these much lesser important skills. The combination of knowing what to do, and what not to do, will help you to network like a pro. 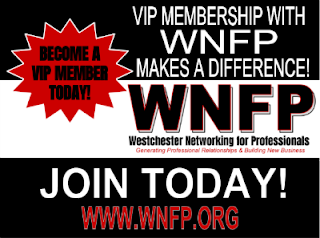