Young Entrepreneur Scores 25,000 Subscribers In 30 Days, Then Monetizes Like This

This week I had a return visit with Benjamin P. Hardy, the 28-year-old entrepreneur who’s one of the most-read voices on Medium.com. As you may recall, he accumulated 50,000 subscribers in 16 months.

Now there’s more. Hardy’s done more experimenting in the month since our visit and in 30 days has amassed an additional 25,000 new subscribers. He’s nurturing this newer set of readers in a separate list in preparation for the Morning Routine Course he’ll premiere in January, 2017. The new course is an outgrowth of the topic Hardy is recognized and known for the most due to his hit article in 2015 “8 Things Successful People Do Before 8 a.m.” That article received millions of views, a myriad of re-postings on platforms including BusinessInsider, New York Observer, and Huffington Post, and has been modeled by a spectrum of other writers, including several contributors to Forbes.

In our last conversation, Hardy had only moved through the preliminary steps of nurturing and converting his 50,000 subscribers into early-stage customers. He sent them 5 daily follow up messages about his favorite productivity principles, followed by an offer for a a high-level and self-paced productivity course for the minimal price of $19.95 to help distill those among the interested readers who are ready to become customers by stepping into a higher level of play. Then he did this:

Key #1: Immersive Indoctrination Training. Interestingly, while Hardy agrees with recommendations from me and others that you should not engage an agency too early, he didn't go it entirely alone. Hardy is an advocate of “Immersive Indoctrination”—the practice of pairing up with an expert or a mastermind group to brainstorm and enact major changes. This is generally not free, but far less expensive than hiring an outside agency or consultant to market on your behalf. Hardy spent two deep-dive days with a mentor in Orlando to map out and enact the steps for what he’d do next. He details this learning practice here.

Next, a product. Hardy expanded his Morning Routines teachings into a 12-week course. For the first four weeks, participants receive daily and weekly materials to study and steps to take that arrive in their email inboxes in digestible steps. The final eight weeks of the course provide follow-up and accountability to reinforce the concepts they’ve learned. The price: $187. While Hardy reports that the course was fairly easy to write and develop, the accomplishment is a good one in that for the first time in his entrepreneurial journey, a serious product offering is born. 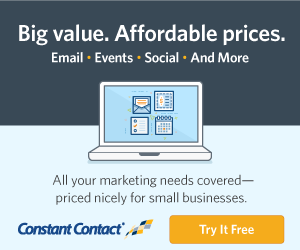 A New “Call to Action.” At the end of each of his articles on Medium, Hardy’s big ticket has been to invite readers to subscribe to his ongoing blogs (of course) and to download his two eBooks—in particular, his popular “Slipstream Time Hacking,” for free. The books are excellent, and 75% of people who click on the link immediately convert, meaning they were willing to give up their email addresses in exchange to receive the free books.

Hardy’s first new “eureka” in the work with his mentor was that not everybody wants an ebook. To some, it represents a time commitment or a dreaded piece of homework they don’t yet want to achieve. But maybe they would click and sign if the offer were different.

So Hardy came up with a new offer—the teachings of his Morning Routine article distilled (and expanded) into a seven-page checklist. He republished the popular Morning Routine article (which he’d avoided doing ‘til now) with an offer he hoped would be too good to refuse—a chance to download the checklist with instructions for getting into the improved routine right away. The checklist, “How to Have a Perfect Morning,” is a little more proactive and aggressive than the article, but much easier to digest than the eBook. What he discovered: The re-post of the “8 Things” article achieved only 1/10th of the millions of viewers the original had received, but even so, was seen by some 185,000 souls. Fifty-five percent of those who clicked on the offer “converted” (fewer than the e-Book's 75%); however far more people have clicked on the checklist link than the ebook offer.

Another key to conversion for both offers is that the landing pages, created in 15 minutes apiece through the $99 a month version of ClickFunnels, are simple. Just a single large image, a few words and a sign up link, with nowhere else for visitors to wander or scroll. The outcome: of the 185,000 people who clicked on the republished Morning Routines article, in addition to a few other article Hardy republished, 25,000 downloaded the checklist and are thereby now subscribed.

Prepared in advance. During his two days in Orlando, Hardy framed out his launch and wrote and scheduled the emails that will go to the news of 25,000 subscribers who are brand new. These entrants don’t receive the 5 productivity messages that are followed by the invitation to buy Hardy’s small mini-course. Instead, they receive messages once a week, increasing to two a week for the last several weeks that prepare them to buy and begin the $187 course on January 2, 2017.

Multiple paths to success. At the end of the “now” section of his website, Hardy invites followers to sign up for the course’s waiting list. It includes a link to the checklist. And it offers up the link to a 20-minute video lesson for how to amass a giant following on Medium, prepared by Hardy, Richie Norton and podcasting phenomenon John Lee Dumas. In this case, there are three separate calls to action that will hopefully provide an offer of interest that allows every visitor to go forward in a meaningful way.

How well will it monetize? Hardy has no prior experience or expectation to tell him how many of the new subscribers will purchase the $187 course. He promises high quality content, which has been true of each of the projects he’s published thus far, and notes that he incurred very little overhead in creating the course. He does admit to having an internal goal: “If 500 people purchase this course, I’d be stoked,” he concedes. Quick calculations tell me that if this were to happen, Hardy would achieve a revenue spike of $93,000 (as well as galvanizing a much more engaged and committed base of customers for the future as well).

Time will tell the true outcome of Hardy’s first online launch. However it falls, the metrics will be a clear indication of the level to which thought leadership publishing—coupled with authentic content marketing—can pay big dividends for entrepreneurs.


ABOUT WNFP
Westchester Networking for Professionals (WNFP) is a business networking association dedicated to helping small businesses and entrepreneurs develop, expand and grow. We offer affordable opportunities to help create a positive impact and advancement in your business interests and personal quality of life to take you to the next level.
Stay Connected with WNFP!