An email marketing campaign is useless, of course, if nobody opens your email. Thus it's important to know the five elements that determine if a marketing email is opened:

1)  When it's sent. Emails sent during heavy working hours are less likely to be opened than those send off-hours.

3) The SUBJECT line. Emails with long, confusing SUBJECT lines are less likely to be opened than those with short, relevant ones.

4)  The salutation. Emails that being with formalities ("Dear Mr. Jones") are less likely to be opened than those that begin informally ("Jane,").

5)  The teaser. Emails where the first 10 to 20 words are meaningless are less likely to be opened those that begin meaningfully.

Those five elements are important because they're what appears in the INBOX in most email programs. The example below are screen-captured from Outlook, but the same problems were obvious when they appeared on my iPhone.


In this example, the sender has wasted valuable "real-estate" on the INBOX display by displaying a message that's only meaningful after I've opened the email.

What's worse, the message implies that if I do open the email, I'll have trouble viewing it, which is not the best idea to plant in my mind when I'm considering whether to do so.

I'm pretty sure that this "If you're having trouble viewing" message is the default for one of the popular email marketing software vendors, proving that they are clueless.

I might also note that while the SUBJECT line is intended to be intriguing, it comes off rather hostile. The entire effect screams "Delete this and save yourself grief!"

In this example, the SUBJECT line is strong and compelling. Who wouldn't want to know how to create sales champions?

However, the example wastes the INBOX "real estate" by simply repeating the SUBJECT line. I already know that part. Do I really need to see it again.

In addition, the "Hello" is unnecessary and the "This is just a quick reminder about" message is uninspired and clipped off.

Yes, I might open this based upon the strong SUBJECT line (and the fact that I know the sender), but overall, the teaser is just being wasted.

This one is truly lame. Notice the space between the "Hi" and the comma? That was where the email program was supposed to plug my first name.

Apparently the list this marketer is using didn't have my first name in a break-out-able field, so they just went forward without it.

That gaffe is immediately followed by a fake (and therefore insulting) statement of concern about my health and similarly fake enthusiasm about... whatever.

Combine all that an opaque and self-interest SUBJECT line and you've got an email marketing campaign that gives new meaning to the word "meh." 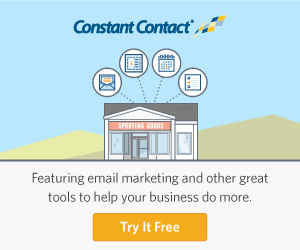