Want to Build Relationships? Find Ways to Laugh Together.

A new study finds that laughter is the key to creating social bonds.

Humor and laughter can be incredibly effective tools in the workplace. A study from Harvard and the University of Pennsylvania found that people who were comfortable cracking jokes in the office were perceived as more confident and competent. Another study, from VU University Amsterdam and the University of Nebraska, found that meetings filled with laughter lead to more productivity and more innovative solutions.

Now, researchers from the Turku PET Centre and Aalto University in Finland and the University of Oxford in the U.K. have found that when people laugh together in social situations, it releases endorphins in the brain that create pleasurable and calming feelings that make people feel safe and bonded together.

In the study, participants brains were scanned twice. The first scan was conducted after they sat alone in a room for 30 minutes. The second followed after 30 minutes of watching comedy clips with close friends. The study identified an endorphin release in three different parts of the brain after the session of social laughter.

According to the researchers, this kind of relationship building practice is unique to human beings as a species. And, it’s contagious.


“Other primates maintain social contacts by mutual grooming, which also induces endorphin release. This is however very time-consuming,” University of Oxford professor Robin Dunbar explains. “Because social laughter leads to similar chemical response in the brain, this allows significant expansion of human social networks: laughter is highly contagious, and the endorphin response may thus easily spread through large groups that laugh together.”

So the next time you want to make a new friend, tell a good joke. 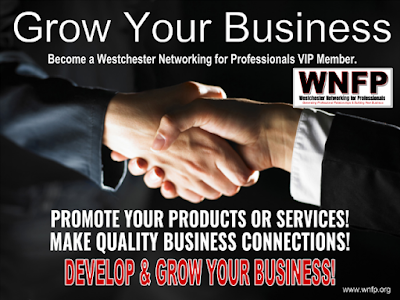 Grow with Westchester Networking for Professionals


ABOUT WNFP
Westchester Networking for Professionals (WNFP) is a business networking association dedicated to helping small businesses and entrepreneurs develop, expand and grow. Not a member, learn how you can become a member and join this awesome group of professionals to connect and grow your business.