6 False Advertising Scandals You Can Learn From 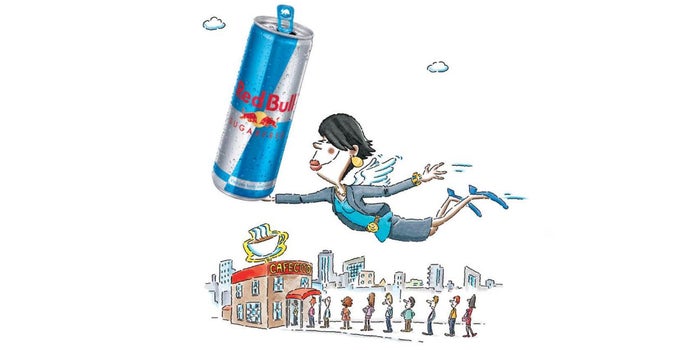 New entrepreneurs are often tempted to exaggerate what new products or services are capable of. No wonder: Presented to a powerful investor, a stretch of the truth just might help land that series A funding.

And, less seriously, a bit of marketing flair or showmanship, in many cases, will help an entrepreneur accomplish his or her without many repercussions.

But, in other cases, if you’re that entrepreneur who is caught deliberately misleading investors or consumers, you could face false advertising charges -- and the ruin of your brand's reputation.


1. Airborne gets caught by its own fake science.

Back in the 1990s, the herbal supplement Airborne was all the rage. Packed with vitamins and minerals, it was pushed by marketers as being capable of preventing or mitigating common illnesses like the cold and flu. Eventually, the Center for Science in the Public Interest (CSPI) stepped in to test the claims of the manufacturers, discovering that there was no real scientific evidence to back up the claims. Airborne agreed to pay $23.3 million to settle a lawsuit.

In the early 2000s, then-new artificial sweetener Splenda engaged in a marketing campaign with the tagline, “Made from sugar, so it tastes like sugar,” to convert consumers of other artificial sweeteners as well as sugar purists hesitant to consume anything artificial.

But, as the Sugar Association uncovered, Splenda wasn’t really “made from sugar,” because it's actually a chemical compound heavily processed in a factory. The association filed suit, which was eventually settled out of court in a confidential settlement. Splenda rival Equal was also outraged at the claims; it took Splenda to court in 2007 and also reached a confidential settlement.

Back in 2011, New Balance introduced a new line of shoes it claimed had features that “[used] hidden balance board technology that encourages muscle activation in the glutes, quads, hamstrings and calves, which in turn burns calories.”

Multiple studies cited in the resulting class-action lawsuit indicated that the shoes didn't provide any additional health benefits compared to walking shoes, and might actually lead to injury. Needless to say, the case was not good PR for New Balance. Anyone who purchased a pair of the shoes was entitled to ra $100 refund, and New Balance eventually paid out more than $2.3 million.

Back in 2010, Kellogg erroneously claimed that Rice Krispies had “immune-boosting properties,” allegedly because of the antioxidants, vitamins and minerals that the breakfast cereal was fortified with. The claims were dubious, at best; the Federal Trade Commission ordered Kellogg to halt any and all advertising making reference to these effects.

When the case was settled in 2011, Kellogg agreed to pay a $2.5 million fine to affected customers and donate $2.5 million of Kellogg products to charity.

In 2016, the Federal Trade Commission (FTC) filed a lawsuit against Volkswagen, claiming that some of its vehicles burned clean, diesel fuel. In reality, Volkswagen had been cheating on its emissions tests for more than seven years. This wasn’t a simple mistake, either; Volkswagen engineered a piece of software that allowed a vehicle to detect when it was being tested and intentionally reduce harmful exhaust as a temporary measure to fool testers.

This false advertising scandal proved a huge blow to Volkswagen; not only did the carmaker take a reputation hit and face a major FTC lawsuit, it also faced a potential $90 billion fine for violating the Clean Air Act.

This one’s an especially interesting case. You’re likely aware of the energy drink Red Bull’s signature tagline: “Red Bull gives you wings.” As a reasonable consumer, you know intuitively that Red Bull cannot, in fact, give you wings -- yet that was part of the premise behind a 2014 lawsuit against the beverage company.

Additional complaints mentioned Red Bull’s claims that its beverage could improve concentration and reaction speeds. Red Bull eventually settled for a $13 million payment, but said: “Red Bull settled the lawsuit to avoid the cost and distraction of litigation. However, Red Bull maintains that its marketing and labeling have always been truthful and accurate, and denies any and all wrongdoing or liability.”

If you’re interested in learning more about the legal framework for truth in advertising, so you can walk the line as closely as possible without creating problem for your brand, the Federal Trade Commission has a helpful outline on the subject.

In any case, stick as close to the provable, objective truth as you can; and, if you’re ever in doubt, consult with a lawyer about what you can and can’t say to promote your product.