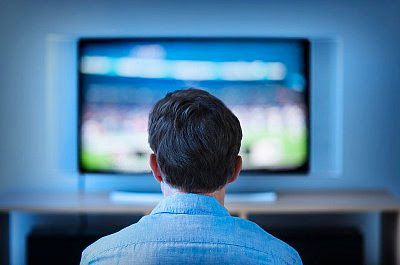 It’s become a popular notion that “digital is going to make TV obsolete,” and in some circles it’s cool to say “I don’t watch anymore.” But is it true?

You certainly can’t be blamed for thinking it is, given all the headlines about the growth of Internet properties. They sound so big. For instance, Facebook CEO Sheryl Sandberg has repeated the phrase “We have the Super Bowl every day on Facebook Mobile” so many times it’s taken as truth in certain circles.

But is it? The short answer is no. It can only be made to seem that way because the Internet and TV report audience in different ways – ratings, views, streams, etc. – which by themselves are incomparable. We looked at Internet and TV through the lens best applicable across them for a new report, Any Given Minute, and found that the average audience in a given minute on Facebook Mobile is more than 4 million people, vs. 95 million people for the Super Bowl. In fact, in any given minute, Facebook would only rank as the 161st largest TV show.

TV is dying. The reality is that in any given minute, 95% of video viewers are watching TV. And twice as many people are watching TV as doing anything on a computer or mobile device. We’re actually in the platinum age of TV. There are more great shows than ever, and more kinds of people are engaging with TV content every way they can. When TV networks pull together the far-flung numbers on activity across digital platforms, they invariably find the audience for their popular programs is up.

Millennials don’t watch TV. The numbers simply don’t bear this out. TV is 88% of what Millennials watch in any given minute. No wonder they average five hours/day. Last year, after reports that its Millennial ratings had fallen, ABC added up all the digital viewing of its shows and found its younger audience had actually grown significantly.


Cord cutting is eroding TV. Consider that 80% of adults prefer subscription TV while cord-cutters predominantly stream TV content, and streaming becomes an and rather than an or proposition. It gives viewers flexibility, programmers distribution, networks revenue, and marketers (ultimately) new engagement options.


ABOUT WNFP
Westchester Networking for Professionals (WNFP) is a business networking association dedicated to helping small businesses and entrepreneurs develop, expand and grow. We offer affordable opportunities to help create a positive impact and advancement in your business interests and personal quality of life to take you to the next level.
Stay Connected with WNFP!