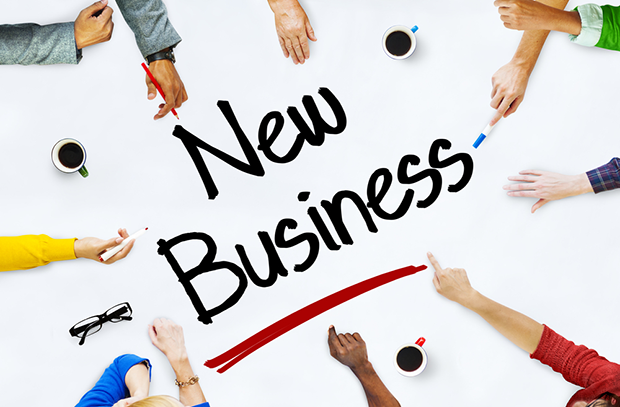 Westchester Networking for Professionals is organizing a Growth Partners Excel Program - Mastermind Group starting in September 2016 for small businesses and entrepreneurs to help grow their business.  Click the link for more information.

After you’ve chosen a career path, it’s easy to feel like you’re locked into that decision for the rest of your life. Maybe your job isn’t fulfilling, isn’t providing you with sufficient opportunities to develop your leadership, or you just feel like there is nothing new there for you to learn.

According to a survey from Deloitte, two-thirds of all millennials plan to leave their job by 2020 and 44% say they would leave their employer in the next 2 years.  If you have got the itch to leave your job, you are not alone.

The average American switches careers six times throughout the course of their life–meaning there’s a lot more room for second chances than you might think. You may know it’s possible to make a career change, but understanding how to take action in your own life is a different matter.


Meet Eric Finnigan, a professional copywriter and founder of Autopilot Email, an email marketing service agency that helps companies boost their revenues by $100k+ through automated emails. Today, Finnigan works a schedule on his own terms structured around projects he cares about. But just months ago, he was working a 9-5 for a corporate company that drained him.

I spoke with Finnigan about how he was able to leave his former career and restore purpose to his work on this week’s episode of Unconventional Life, “How to Leave Your Corporate Job and Pursue Your Dreams.”

Fresh out of college, Finnigan found himself broke and in debt, with all his credit cards maxed out and nowhere to turn. “I had this moment where I was like holy cow I just went to college and in theory I should be set financially, what’s going on?” he says. “It was kind of this panic moment where I realized I had to make money.”

Like many new graduates in this position, Finnigan was eager to start paying down his debt and immediately got a job. Over the next seven years, he would dedicate nearly all of his energy to getting promotions and salary raises until his financial insecurity faded to a distant memory.

Step by step, Finnigan climbed the corporate ladder to the position of Vice President, managing a $36 billion portfolio for his investment strategist company. His salary was abundant and he occupied a luxury apartment in NYC… yet something was missing.

“I would sit at my desk and think, do I really want this? I had this moment of yeah, I had succeeded in what I wanted to do, but what I had been working towards it turned out wasn’t the thing that was actually fulfilling for me,” Finnigan reflects.

Upon that realization, Finnigan decided it was time to make a change.

He still depended on his job as a source of income, so he didn’t just quit on the spot. Instead, he began investing all of his free energy into his lifelong passion for writing, which he never pursued because he didn’t believe it could be profitable. Within several months of studying the art of copywriting, Finnigan felt confident he could monetize it and quit his corporate job.

Today, Finnigan has created a livelihood around copywriting and has become one of the most sought-after contractors in his industry, running six and seven figure campaigns for many multi-million dollar clients. But the doubt and uncertainty that accompany making a major career change were not lost upon him. Below, Finnigan shares how you can succeed in making a similar transition.

1. Learn from others. Immerse yourself in the stories of others who have already made this transition and are thriving on the other side. Listen to podcasts and seek out news articles to encourage, motivate, and inspire you to do the same. You’ll begin to feel like it is possible for you, too, and you’ll benefit from learning from their mistakes and advice.

2. Ask for help. Ditch the mindset that you need to figure it all out on your own. “For me it was a matter of pride,” Finnigan says. “Have humility–you can make it much faster with help.” Asking for help might look like reading books, enrolling in courses, or finding a mentor. Guidance and accountability are essential to your success.

3. Hustle on the side. Use your current job as a safety net so you don’t put too much pressure on yourself to “figure it out,” which can actually be counterproductive. Be reasonable and give yourself time to develop your new skill until you feel confident that it will be able to provide for you financially. Be prepared to put in the hours both for your current job and your emerging passion. “I worked 4 to 5 hours a day in addition to my job,” Finnigan recalls.

4. Understand success isn’t linear. Unlike working in a corporate job, success isn’t linear when working for yourself. “It’s not like plug away for a few months and get your first paying customer, then in another few months get your 5th paying customer,” Finnigan says. “It’s frustrating coming from the corporate world, where you work hard and get a bonus at the end of the year.” While you may struggle at first, don’t be discouraged. Keep at it and be mindful of how you measure success–fulfillment is equally as important as profit.

5. Create your own urgency. “If there’s no urgency on your end, no one’s going to create it for you,” Finnigan says. Develop a timeline for your goals to keep yourself on track and be willing to let go of whatever may be holding you back.

Take Action for Your Business, Today!