Want to Get Better at Networking? Think Smaller.

To expand their professional networks, entrepreneurs are seeking smaller and smaller crowds.

In 2008, Sol Orwell, the co-founder of the nutrition company Examine.com, was at a loss. He was attending a big digital marketing conference in Seattle, hoping to expand his network, but the event was so packed that he didn't know where to start. His friend had no such hesitation. He told Orwell he was going to "meet some friends." Twenty minutes later, he returned holding a stack of 40 business cards. "At the time, I was blown away," recalls Orwell, who thought his friend was a networking genius. "But now I think, Did he do anything more than have short conversations?"

Today Orwell has a much different idea of successful networking. He still attends at least one large conference a year, but that's not how he builds his relationships. Instead, he hosts monthly dinners of six to 12 entrepreneurs, where conversations might jump from business to culinary trends to travel hot spots. And every Friday, he parks himself at a coffee shop in his hometown of Toronto and invites local entrepreneurs to join him for leisurely conversations.

Orwell is not alone in questioning the conventional approaches to networking. Because frankly, those approaches -- abetted by technology and hype -- don't work that well. The rise of social media and digital communication means your entrepreneurial hero is just a tweet or an email away, but it also means successful entrepreneurs are bombarded by so many networking requests that they delete most of them on sight. And the boom in massive, circus-like conferences makes it easier than ever to harvest large numbers of business cards, but the sheer numbers of attendees make forming real connections harder.

As a result, in the past decade, small-scale, invite-only events for entrepreneurs -- from monthly dinner salons of fewer than a dozen people to upscale weekend retreats that cap out at 150 guests -- have begun to redefine the networking landscape. Entrepreneurs are willing to spend anywhere from $1,000 to $10,000 for access to smart, like-minded people who are also in search of reciprocal, long-lasting relationships. As Orwell explains, these conferences and retreats are "a lot more welcoming" than the huge conventions. "There won't be wantrepreneurs, but people you can have actual conversations with," he says.

Shane Parrish, whose productivity and decision-making newsletter, Farnam Street, has a devoted following of more than 100,000 subscribers, was one of those business people frustrated by the state of networking. (He estimates he personally gets 300 networking requests a month.) So in 2014, he started offering annual three-day workshops. These events, which cost about $2,300, are open to the public but are strictly capped at 50 people. Even just a few more, Parrish says, makes it harder for attendees to break out of their comfort zones. When they do break out, he says, the payoff is significant. "Everyone is struggling through similar problems, but they're smart and they're not your friends, so they're not telling you what you want to hear," he says. "You can grow a ton." 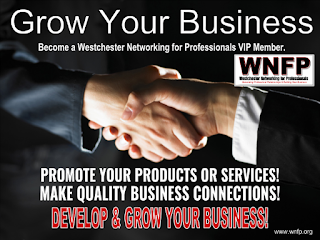 
Parrish also hosts much smaller and costlier retreats for 10 to 15 people in places like Hawaii and Paris, in which each participant has one hour to troubleshoot some problem -- be it personal or business-related -- with the group. "To me, that's real networking," Parrish says. "You're getting to understand people and their context so you can help them achieve their goals."


"Everyone is struggling through similar problems, but they're smart, and they're not your friends, so they're not telling you what you want to hear," says one organizer. "You can grow a ton."

The organizers behind these sorts of small-scale conferences say the ideas exchanged from this casual back-and-forth are a lot more useful than the promised "content" that many large conferences advertise. "You don't get value from big-name speakers," says Jayson Gaignard, the founder of MastermindTalks, an invite-only community for entrepreneurs, which includes an annual three-day conference of roughly 150 people. If you want to sit there as someone talks at you, Gaignard says, you can "listen to a podcast on the way to the gym."

MastermindTalks has become famous for its exclusivity ("a lower acceptance rate than Harvard" boasts Gaignard's LinkedIn profile) and price tag (about $10,000), and so participants have come to expect at least some access to the superstars of their profession. Gary Vaynerchuk, James Altucher and Damien Escobar have all attended, but their appearances -- unannounced until the last minute -- feel impromptu and informal. As Gaignard explains, standing around and drinking beers while peppering Vaynerchuk, the marketing guru, with questions is a much different experience than listening to him give a talk from a podium.

James Clear, who pens a popular newsletter on human potential and runs eight-person retreats in destinations like Sedona, Ariz. and Breckenridge, Colo., eschews big names altogether. "I want people to feel like they're with peers," he says. Clear organizes his retreats around a specific theme or profession and is highly selective in terms of the people he invites.

Referrals, it seems, are how most people gain access to these events. And how do they get referred? Orwell says this happens by building relationships, over time, with people who either lead these retreats or have attended them. "People just try to rush everything," he says. "They try to befriend everyone. Instead, follow the people you really find interesting, and that will naturally let you have conversations with them." Once you've formed a genuine bond with someone who is connected, he says, you're more likely to be referred.

It's a chicken-and-egg problem, to be sure: You need to connect to the right people in order to be invited to a conference that will help you connect to the right people. But because these events tend to be very small, hosts say they have to be very particular about whom they invite in order to ensure a positive experience. "If there are 100 people and there's one annoying person, you can move on," Clear says. "But in a retreat for three or four days with eight people, one person can really ruin the chemistry." Therefore, he invites only people he has met in person or with whom he has had multiple Skype calls.

Gaignard is even more methodical. When considering new invitees -- again, usually through referrals -- he either meets with them personally or has a 30-minute "triage" call, in which he "gathers intel" about the individual and subscribes to "all updates" on every member's Facebook feed, which he says "helps me keep a pulse on anything and everything about them." Once accepted, attendees fill out two intake forms totaling 80 questions. These strategies help Gaignard connect people with overlapping strengths and needs. "If you're having trouble with culture in your business and there's someone who's really killing it with culture, I'll seat them next to you," he says.

For the most part, event hosts say their guests come not to promote themselves but to share their expertise and learn something in return. Yes, there's a professional ROI; attendees might partner in new projects, pass along contacts and cross-promote each other's work. But they are also filling an existential need. "Entrepreneurship by definition is a lonely venture," says Clear. "It makes sense that these conferences would be popping up in this space." Or as Gaignard explains it, "Ways to connect are abundant; community is scarce."


ABOUT WNFP
Westchester Networking for Professionals (WNFP) is a business organization focused on providing our members and guests with an extraordinary networking experience, bringing business professionals together for the sole purpose of generating new relationships and developing new business opportunities. Not a member, learn how you can become a member and join this awesome group of professionals to connect and grow your business.