Why Women Aren't Networking And 7 Ways To Fix It

When I was in my twenties, two things would happen when my then-boyfriend and I went to dinner with another couple. The men would talk about their careers at length and often agree to follow up on something work related. They'd exchange business cards within minutes of being introduced. Women never volunteered their cards and the men didn’t collect cards from any women.

Years later I graduated from Harvard Business School, which was only 27% women at the time. Within the first year of graduating, a women’s trip was planned for 25 of us to meet in New Orleans. As soon as we settled into the van from the airport to the hotel, one woman, the de facto leader of the group, announced, “There is one rule for this trip. We can’t talk about work.” Can you imagine a group of male business school graduates having a reunion weekend with the same rule? It wouldn’t happen.

Last year my husband and I were at our son’s new-parent night, a social for the kindergarten parents. We came home after having a series of conversations. My husband and I traded stories. Not one man or woman had asked me about my work even when I asked about theirs. In contrast, my husband’s work was the subject of most of his conversations.

I then asked my husband if he had asked the women he had met about their jobs. He said that because of my past prompting he did, but doing so led to a lot of very awkward conversations because none of the women he asked had jobs. I encouraged him to ask a follow up next time: “What did you do before having kids?” I assured him that this would be a welcome question and would open up a new well of conversation.

So how do we fix this?

If You Are a Man

1. Ask women what they do for a living, not just in business settings, but in social ones, too.

2. Identify the number of women who are in your network. Aim to increase it by 20% this year by striking up conversations with women at business events, by thinking of women as potential work contacts, and by paying attention to the gender ratio as you plan your docket of business lunches.

3. Encourage the women on your team to network more frequently and in new ways. Open up discussions about how they network and share your own strategies.

If You Are a Woman

1. Start by helping. Introduce as many people as you can to one another. Neighbors, friends, colleagues. Be a connector.

2. Be open-source about your contacts but also be smart. Don’t repeatedly ask for favors without giving back. It is important to give at least as much as you get.

3. Network with women and men. Don’t limit yourself to women, but do make an effort to elevate other women.

4. Leave your comfort zone. Accept the off-the-beaten-path invitation, go to a conference and introduce yourself to the people you don’t know. Build new relationships and watch your career flourish. 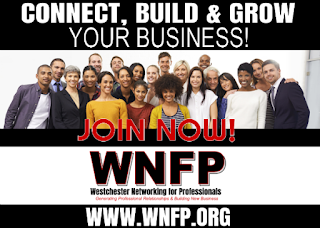 Email ThisBlogThis!Share to TwitterShare to FacebookShare to Pinterest
Labels: networking events for women, networking with women, Women and networking