7 Real-Life Business Lessons You Can Learn From Billionaires 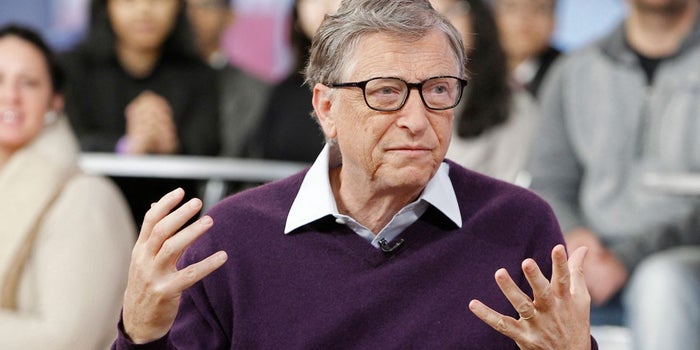 The “three-comma club” consists of those in industry, art and commerce who have achieved the exclusive honor of reaching a net worth of more than one billion dollars. From Rockefeller to Gates, members of the club include people who have truly altered the world. To achieve this level of success requires hard work, dedication and a little bit of luck.

Fortunately for the rest of us, these men and women have shared some of the techniques that helped them achieve membership in the exclusive billionaires’ club.

Whether your goal is to make a billion dollars or bring clean water to a billion people, the techniques of how to envision and achieve goals can be used by anyone. Here are 7 of those techniques, straight from the mouths of billionaires.

1. Look failure in the eyes.


Failure is not something that you expect the most successful entrepreneurs to have experienced much of. However, all billionaires have experienced failure, sometimes catastrophically. The difference between those who thrive and those who don’t is that those who thrive failed better. As Bill Gates said, “It’s fine to celebrate success but it is more important to heed the lessons of failure.”

Gates is a prime example of why learning from failure is key. While at his first company, Traf-O-Data, Gates, the future richest man in the world, saw his life’s work fail completely. When Traf-O-Data went out of business in the late 1970s, Gates watched his dream of success start to crumble. However, according to him and his co-founder and fellow billionaire Paul Allen, the lesson they learned from the failure of Traf-O-Data helped Microsoft succeed.

Many ambitious people, when faced with failure, want to forget it quickly and move on. However, something that is key for success is being able to face failures and understand the lessons they offer. The most successful people recognize that failures can be stepping stones rather than stumbling blocks.


Excellence for the most successful among us is a habit. Take the words of advice from Mohammad Dewji, CEO of the METL Group and Africa’s youngest billionaire at 42. He says, “Always strive for excellence in life and never make room for mediocrity. Set your standards high and your efforts shall be rewarded.”


The other aspect of becoming a billionaire is setting the right goals. Coming up with those ideas that are worth pursuing means thinking outside the box and seeing value where others do not. The ideas that created billionaires have been those that pushed the boundaries. This means pursuing one’s idea and having faith in a vision when others are skeptical or even hostile.

For example, when billionaire Richard Branson started Virgin Airlines to compete with air-travel giants like TWA and American Airlines, he was mocked. Others scoffed at him for even attempting to challenge the existing airline companies. However, Branson saw there was a need for a cheaper airline, and one with customer service in mind.

He had faith in his vision, and even though Virgin Airlines struggled in its first few years, it eventually took off for Branson. When Branson sold his 31 percent stake of Virgin America to KLM-France in 2017 for $286 million dollars, his vision was vindicated.

Branson knew that others were skeptical of his idea, but he trusted his judgment and pursued a vision that few others had the will to follow. Billionaires constantly seek to see what others don’t. The fact that others don’t share the vision means only one thing: it’s a great idea.


No billion-dollar effort gets off the ground without a healthy and willing personality behind it. As fitness expert and personal trainer to billionaires Samir Becic says, “I truly believe that in the 21st century, in order to excel in the world, you have to be fit and healthy.” Billionaires from the founder of Under Armour to 86-year-old George Soros all emphasize how important personal health is to them.

Your idea won’t get off the ground if you feel sluggish and unfit. You won’t have the energy to do all the things on your list. Stress-reduction strategies, a healthy diet and consistent exercise will do wonders for your motivation and mental capacity. Remember that even in pursuing your dreams, health is key to keeping you in tip-top shape.


You may be surprised that luck is embraced by these hard-working, motivated people; however, it absolutely plays a factor in becoming a member of the billionaires’ club. As Mark Cuban, who sold his company Broadcast.com for $5.7 billion in the 1990s, openly admits, “Being a billionaire requires a lot of luck, a lot of great timing.”

Now, it’s obviously foolish to depend on luck for success. However, the ability to quickly and correctly recognize opportunity when it is presented to you, the flexibility to change course if required and the preparation to rise to the occasion all are vital in taking advantage of what would be considered “luck.”

Learning to take the appropriate chances and having faith in yourself are keys to finding the opportunities that can help you along the way.

6. Keep your priorities in order.


Health, happiness and financial security, in that order, were the three top priorities of millionaires, according to a 2015 US Trust Survey of 640 high-net-worth individuals with at least $3 million in investable assets.

While the financial and professional goals we set for ourselves are crucial to success, it is also important to remember why we are pursuing them. A billion dollars will achieve financial security, and possibly fame, but you should remember the other things in life that money can’t buy.

Warren Buffet often discusses the importance of his children growing up with “normal” childhoods that would teach them self-sufficiency and family values. Even when working hard and making sacrifices in pursuing financial success, remember to think about what you’ll do what you get there, and what you’ll need to have in order to truly be happy.


The Chairman of Nissan-Renault flies more than 150,000 miles a year. Serena and Venus Williams began hitting tennis balls at 6:00 a.m. when they were 8-years old. Marissa Mayer worked brutal 130-hour weeks while at Google. These stories of grit and work ethic define the journey to becoming a billionaire.

No matter the weather, day or time, for billionaires the only thing on their mind is the task at hand. It is this willingness to work that sets those in the three-comma club apart and defines those who can achieve their dreams, no matter what it is. Luckily, with the right work ethic, all the other steps become easy. As Mark Cuban says,“Companies don’t fail for a lack of cash or attitude. Companies fail for a lack … of effort.”