Networking Emails Are Tricky. Here Are 3 Easy Steps to Make the Right Introduction

At the foundation of business, no matter what industry you work in, are people and connections. Introductions and facilitating connections are a core part of the corporate world. We would all be nowhere without our business relationships.

Whether you are on the receiving end or you are the one facilitating a business introduction, there are some very-easy-to-implement guidelines that will make the whole process more effective and more pleasant for all parties.


File this under "things that should be common sense." If you are the recipient of a business intro, think about how you respond to that initial email. Stephanie introduces you to David; if you are like most people, you probably respond with something along the lines of "Thanks, Stephanie, for the introduction. David, nice to connect. Tell me more."

Think about what that one sentence, which took you 12 seconds to write, does to the entire dynamic of the conversation henceforth.

Stephanie feels great, as you just put her on a pedestal in front of her colleague or friend David. David feels great, as he now feels that you are as interested in talking to him as he is to you.

One simple sentence that changes the whole DNA of the introduction from cold to warm.

2. When to Say Goodbye


Back to Stephanie and David. Stephanie sends that intro; you write the thank-you note and CC Stephanie on the email. David then responds by Replying All to the email, and the conversation continues. This is when BCC is your friend, or more accurately, it is Stephanie's friend. Say goodbye to Stephanie.

Stephanie made the intro most likely because David asked her to. She did not agree to be bombarded with all the follow-up emails that result from her intro. Spare her and her inbox the scheduling emails and BCC her as soon as you can.

The truth is, this is something David should do after the first email, but if he does not, then you should. Let Stephanie out. 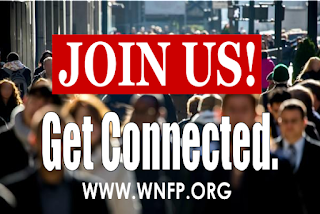 3. The Art of the Follow-up


Making an introduction is fairly easy, but what is not easy, and what most people neglect, is the follow-up.

Whether you're the one being introduced or making the introduction, set yourself a reminder in a few weeks to follow-up and see the introduction through.
A simple example

I will tell you a story about what happened to me last week. A few months ago, I connected a startup to a large tech company because the startup wanted to explore collaboration opportunities with the larger company. I made the intro, and eventually found myself in BCC where I belonged.

As far as I was concerned, my work there was done. Well, I waited a few months and sent an email last week to the startup asking if the intro went anywhere. Turns out, the startup's email got buried in the inbox of the large tech company's exec and he had never replied.

Now, that startup founder, had he followed my advice here, would have followed up with the exec, and if he still received no response, he would have looped me back in to tell me.

He didn't follow up, but I did. After I checked with the founder and was told that he received no response from the exec, I emailed the exec again, saying "Just circling back on this to make sure you connected." That resurfaced the whole thread, and the two of them ended up connecting.

That opportunity, which might be mutually beneficial, would have gotten totally lost had I not followed up, all because of email overload.